Although the Canadian government has banned the use of asbestos in any building material, several structures still contain the health hazard. This toxic material is the root cause of mesothelioma, and most people recognize that asbestos is bad news. However, there is a lot of misinformation out there about asbestos and how exposure to it is no longer considered harmful.

Having accurate information is one of the best ways to protect yourself from asbestos-related health risks. To dispel some of the most prevalent misconceptions and preserve your health, Advanced Remediation Solutions has debunked three of the most widely believed myths about asbestos.

Myth 1: Asbestos can’t hurt you, it is all blown out of proportion!

Asbestos has no immediate effect, and it will be years usually before the damage to your health will show up, but the threat it possesses is massive. Asbestosis and Mesothelioma (a type of cancer specific to asbestos) doesn’t usually happen immediately, and in many cases, you will have no idea when or how you were exposed.

As of January 27, 2016, Canadians dying of mesothelioma, a rare cancer caused mainly by workplace exposure to asbestos, rose by sixty percent between 2000 and 2012, according to Statistics Canada. About 2.1 of every 100,000 Canadians are diagnosed annually with the aggressive disease, according to experts.

For context, consider that in 1984, 153 Canadian men were diagnosed with mesothelioma throughout all the country’s provinces. By 2003, 344 cases were reported among men, and 78 among women. Deaths from mesothelioma totaled 515 in 2010.

Asbestos exposure is the number one cause of occupational death in Canada. Since 1996, the asbestos-related disease has accounted for around a third of workplace deaths. Because of the disease’s latency period of between twenty and fifty years, medical professionals expect the death rate will not level off for several more years.

Just because asbestos was banned in Canada in the late 70’s, doesn’t mean that its threat has gone. Companies were allowed to use up existing stock of asbestos-containing building materials, and it was used in hundreds of building materials or finishes. Many of these asbestos-containing materials are still in the building, sometimes under or behind more current upgrades. We have found it in buildings built in the early to mid-1980’s well after the ban in the 70’s.

Myth 3: Buildings built after 1980 don’t contain any remnants of asbestos.

An asbestos abatement can be expensive and time-consuming, but you, your family and coworkers are worth the expense and hassle of hiring an environmental consultant to take samples and verify whether there are any asbestos-containing materials in your building. Then, if needed, hire a professional abatement company to remove the asbestos-containing elements and a third party consultant to verify their work.

As the best asbestos and mould removal company in Edmonton, AB, at Advanced Remediation Solutions, we can not only help you to steer clear of these myths but prevent any further exposure to asbestos. We are specialists in hazardous material removal and have the expertise, experience, and equipment to assess and remediate not only the major contaminants of mould and asbestos but also PCBs, animal feces, mercury and other hazardous materials.

For a complete list of our services, please click here. If you have any questions about the dangers of asbestos or Advanced Remediation Solutions, we’d love to hear from you. Please contact us here. 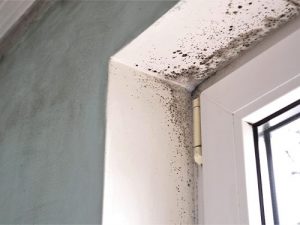